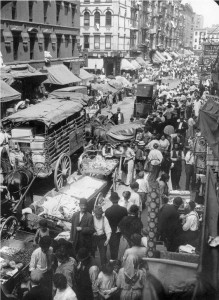 In modern society, we are fortunate enough to be surrounded by refined, highly organized cleaning operations that do an astonishing job at keeping our street and sidewalks clear of refuse despite our ever growing population. That is why when we see the occasional dog turd, we are disappointed, almost angry that such a filthy thing could be laying in an otherwise tidy neighborhood. But the amount that we scoopers have to pick up a daily basis is nothing compared to what the original pooper scoopers had to deal with back in the day. Today we are paying homage to the brave pooper scoopers that trekked those daunting streets of New York City back in the 1800’s.

Horse-drawn carriages flooded the streets, bringing people to the countless shops scattered throughout the city. A horse-drawn bus or omnibus became a popular (and cheaper) way to commute across town. In the 1850’s, the omnibuses became so large, 11 horses were required to pull the weight.

By the late nineteenth century, more than 150,000 horses would be on the streets of New York City at any given time, and each one of these sizable creatures would produce an average of 20 lbs of manure day – that’s over 3 million pounds within 24 hours just within the city grid! (not to mention an extra 40,000 gallons of urine on a daily basis)

An appropriate word to describe the amount of manure on the ground would be omnipresent. It was simply everywhere and almost impossible to avoid. It wasn’t uncommon to find it on the bottom of your shoes, and woman would find their dresses becoming soiled as they walked down the streets. People were many times be shin-high (or sometimes even knee-high) in the cities’s debris that was an unsightly mix of feces, rotten food, and general rubbish that was littering the roadways. Wet weather turned the streets into muddy while dry days turned the debris to dust, allowing the wind to carry it up into people’s lungs. Not only would you cover your nose from the overbearing smell, but your mouth as well.

Urban cities in Europe such as London had been experiencing similar problems as early as the fourteenth century. Lower class Londoners had created jobs for themselves as designated Crossing Sweepers, stationing themselves at major intersections where, for a fee, would clear a path for passerbys to walk through.

America saw the manure an opportunity for a successful business trade. Farmers, wanting the dung to use as rich fertilizer for their crops, would pay people known as “dirt carters” to have the manure carted away. But not before long, carting it away on a daily basis became too expensive he manure was piling up faster than it could be disposed of. Soon, vacant lots within the city would serve as dumping grounds. There pounds and pounds of feces kept piling up, sometimes up to an astonishing 40-60 feet tall!

In 1894, the Times of London estimated that by 1950 every street in the city would be buried nine feet deep in horse manure. One New York prognosticator of the 1890s concluded that by 1930 the horse droppings would rise to Manhattan’s third-story windows.

Besides the fear of having to eventually swim in filth to get around, the fear of the catching a disease that stemmed from the infectious waste was all too real – mass reports of cholera, smallpox, yellow fever, and typhoid were just to name a few. The uncontained filth led up to The Great Epizootic Epidemic of 1872, killing approximately five percent of the urban horses in the Northeast while debilitating many others. Needless to say it was a scary place for anyone living there. .

Any municipal street cleaning services that originally existed were inconsistent, undetailed, completely inadequate. Then in England – 1843, Joseph Whitworth invents the first mechanical street sweeper. Similar to the workings of a bicycle, a chain was used to cause a cylinder to rotate with brushes attached to it. A similar version was invented in America in 1849 by C.S. Bishop. Both inventions had a slight issue, they were drawn down the streets…by horses! The very thing causing what the sweepers needed to pick up. It would not be until the early 1900’s when the technology advanced enough that the sweepers could become motorized.

It was during the 19th century that several important organizations formed to help combat the issue. In 1865, the New York Sanitary and Chemical Compost Manufacturing Company was established, then the Department of Sanitation in 1881.

Positive results could finally be seen right before the turn of the century in 1895 when Mayor William Strong appointed George Waring, a former Civil War officer and veteran as the commissioner in the Department of Street Cleaning. Due to his military background, Waring structured the department to be highly hierarchical, systematic, and meticulous – exactly what the chaotic city needed. Workers were assigned specific blocks, at specific times with clearly defined tasks to accomplish within their shift. They wore matching all-white uniforms with helmets to embody the look of medical and hygienic authoritative figure. The cleaners were given the distinguished title, “White Wings”. Every inch of the city was covered – police even escorted the crew while they attended to the more dangerous parts of town. Because of the White Wings, not only were the streets cleaner, but mortality rates and outbreak reports were drastically lowered. Waring set the groundwork for the strict operations necessary to clean such a densely populated area, which is still widely used today.

At long last, motorized vehicles entered the states in 1900 with a total of 4,192 cars entering the streets. Americans quickly realized the car would solve their horse poop problems and that number rose to 356,000 by 1912, far outnumbering the number of horses within city limits. What almost became the city that was buried in poop, became the revolutionized (and very walkable) city that we know today. Phew. 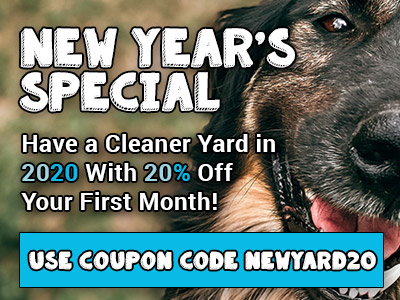